The revenues of the Grupa Kapitałowa IMMOBILE for 2019 amounted to PLN 418,865 million, compared to the previous year it was an increase of over 20%. This is mainly the result of showing the revenues of ATREM S.A. for the period from May 9 to December 31, 2019.

An increase in revenues by 10% to PLN 176.447 million was recorded in the industry segment, hotel industry with revenues of PLN 65.441 million could boast a 23% increase and industrial construction with revenues of PLN 93.636 million also a nearly 23% increase. The decline in revenues by nearly 90% to PLN 5,284 million took place in the development segment, which was caused by the commissioning and sale of apartments in 2018. However, in 2020 the company will complete two investments, the second stage of Platanowy Park and the first stage of the Osiedle Uniwersyteckie. The planned revenues from both investments are PLN 101.9 million and currently development contracts worth PLN 73.2 million have been signed. Sales will be recognized as a result for 2020 and subsequent years.

An important factor that also had a huge negative impact on the net result of last year was the sale of the Faktoria shopping park. As the Management Board states in its list, this was the result of the market panic that was beginning and the desire to convert this asset into cash, unfortunately at the expense of the net result.

The Group's cash flow from operating activities amounted to PLN 34.211 million and the company entered the crisis with cash in the amount of PLN 20.589 million. The management board states in its letter that the conglomerate that has been built for 10 years in the form of companies from different industries is doing well and in these times of crisis these industries fit together very well.

On Tuesday, May 12, 2020 at 13:00, an investor chat with the Management Board of the Immobile Capital Group will take place, but we invite you to ask questions now (the opportunity to ask questions has already been launched). 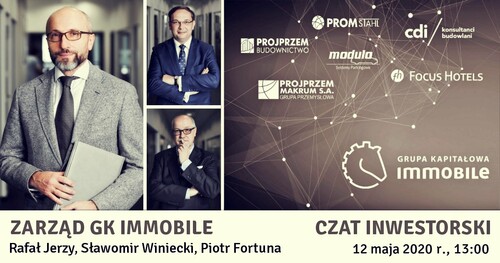 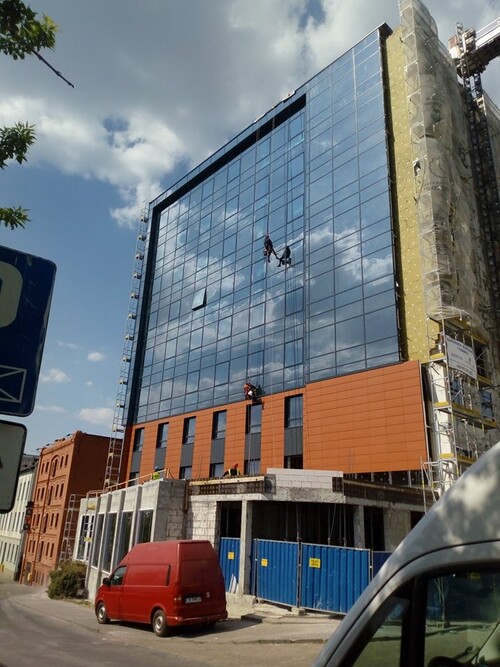 Work progress at the new hotel in Bydgoszcz