Grupa Kapitałowa IMMOBILE will public its annual fnancial report soon. Meanwhile, let's look at the results for 2017 published at the end of March by PROJPRZEM MAKRUM - a company representing the industrial segment of the IMMOBILE Capital Group.


"We see a significant improvement in the company's condition year by year. It’s a result of extensive reorganization which includes the optimization of productions, markets and human capital’s potential of the entire Group. The achieved results are both encouraging and motivating to maintain the growth in the coming years "- said Piotr Szczeblewski, President of the Management Board of PROJPRZEM MAKRUM S.A

The year 2017 brought to the Industrial Group growth in sales in all operating segments. In the segment of docking solutions, revenues increased by 19.4% to the level of PLN 110.4 million, while the operating result was at the level of PLN 12.6 million (+ 80.6%). The steel structure segment contributed PLN 60.5 million (a 135% increase), while in the industrial construction segment, revenues amounted to PLN 25 million, which is more than a 10-fold increase y/y. In addition, in 2017, the value of exports increased by 30%.

"The most profitable branch of our operations are currently docking solutions. Their growth should remain dynamic, in connection with the growth on logistics market and the development of e-commerce in Poland. We also focus on strengthening the PROMStahl brand on the international docking solutions market"- comments President Szczeblewski.

The most important events of the past year included the September finalization of the sale of an unprofitable factory in Sępólno Krajeńskie. The transaction amounted to almost PLN 16 million. The company focused on the development of a key production plant in Koronowo near Bydgoszcz, which has the potential to accumulate production and its further, gradual increase. In 2017, the company developed automation of production processes, including the usage of specialized welding robots.

The company also intensively developed the concept of MODULO automatic systems. In 2017, the first revenues in this segment were obtained as a result of many months of work related to the technical and marketing preparation of a wide range of parking systems. The dynamic increase in sales revenues in this area is a strategic challenge for the Group.

Last year was also the first full year of operation of PROJPRZEM Budownictwo. In September, it announced the conclusion of the first large general contractor agreement, for the amount of almost PLN 28 million. A month later, another large contract (worth PLN 26.9 million net) was signed.

The first full year of organizational changes, PROJPRZEM MAKRUM closed with the annual rate of return on the company's shares reaching almost 100%. The price as of January 2, 2017 was PLN 8.00, rising during the last session of 2017 to PLN 15.99.

In November, the company published the development strategy for 2018-22. As the main objective, it aims to maximize profit for its shareholders, which the Group wants to achieve mainly by further reorganization and optimization of internal processes, geographical expansion & development of the assembly and service network, and further development of the product portfolio through the acquisition of new entities.

PROJPRZEM MAKRUM S.A. the Industrial Group is a company dynamically developing on the international market in almost 40 countries on 3 continents. The Group operates in the segments of docking solutions, crushing and grinding machines, parking systems and industrial construction. A feature that distinguish and creates company’s competitiveness is the synergy of all segments for a more complete and effective meeting of market needs. PROJPRZEM MAKRUM S.A. is listed on the Warsaw Stock Exchange since 1999. Since 2016, the company is part of Grupa Kapitałowa IMMOBILE S.A. 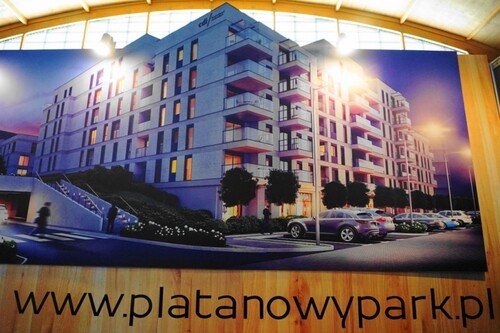 CDI at the spring housing fairs 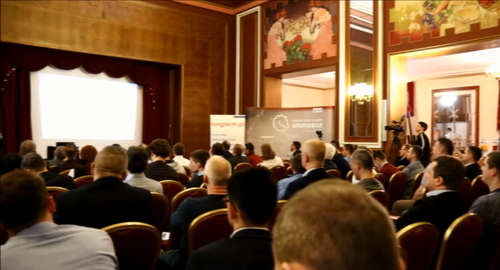