Works on the reconstruction of the former Projprzem Makrum office building into a Focus Hotels chain building are entering an increasingly advanced phase. The glass façade has already been partially mounted, and work inside the building has accelerated. The contract engineer is CDI Konsultanci Budowlani, the author of the reconstruction project is the studio Architektonika from Bydgoszcz, while the interior design project is the Warsaw studio of Pik Studio, which revealed the first details of the interior design of the facility.

- We have created a unique interior: bold, modern and friendly for hotel guests - said Paweł Pałkus, architect and co-owner of Pik Studio for Propert Design. The adaptation of the old architecture of the office building was a challenge for architects. - We had to deal with ventilation and air-conditioning installations, which we hid in the suspended ceiling only in a part of the bar, which gave us the highest level of the lobby. We decided to discover the original ceiling and give it its own character. The wiped plaster imitating architectural concrete allowed us to create a drawing of the ceiling, which we decided to transfer to the wall and incorporate the Focus logo - Paweł Pałkus told.

The three-star Focus Hotel will be housed in a revitalized building at ul. Bernardyńska 13, which had previously served as an 8-story (10-story) office building. Due to the excellent location and view of the Brda River, the hotel will be a base for both individual and business guests. In addition to 85 spacious and well-equipped rooms, in the new Focus hotel guests will have at their disposal a restaurant, bar, fitness room and sauna. The facility also provides a modern conference area and car park.

The new Focus hotel in Bydgoszcz will be characterized by modern design. The contract engineer in this investment is the leader of the development segment of the IMMOBILE S.A.Group. - CDI Konsultanci Budowlani. The author of the reconstruction project is Piotr Bartkowiak from the studio Architektonika from Bydgoszcz.

- We believe that the great location with a beautiful view of the river, original design and interesting offer will attract both business customers and people traveling for tourism. Focus Hotel Bydgoszcz will definitely stand out from other Bydgoszcz hotels - says Łukasz Płoszyński, vice president of the management board of Focus Hotels.

The characteristic blue Projprzem office building has grown into the panorama of Bydgoszcz for 55 years of existence. The building was erected according to the design of Witold Jańczak in 1964. From the beginning, it housed the headquarters of Projprzem Makrum. Employees of the Group companies moved to the new headquarters of the entire Capital Group, located in the new IMMOBILE K3 office building at Plac Kościeleckich. 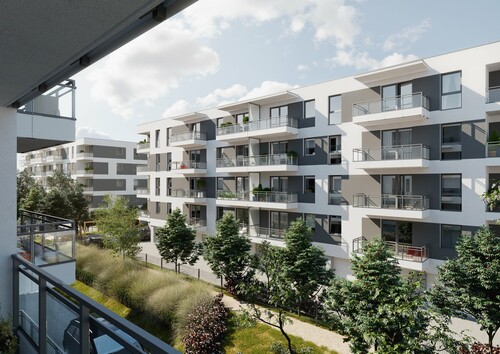 Construction of the second stage of the Osiedle Uniwersyteckie has begun 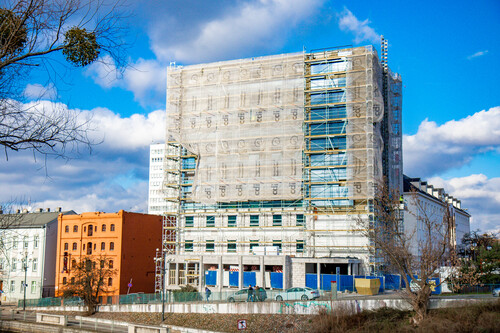 New facade of the building at Bernardyńska Street in Bydgoszcz