Letter from the Management Board of Grupa Kapitałowa IMMOBILE to the Shareholders
Data publikacji: 18.05.2020

On May 8, Grupa Kapitałowa IMMOBILE S.A. published the financial statements for 2019. The Group's revenues in 2019 amounted to PLN 418.865 million, compared to the previous year it was an increase of over 20%. This is mainly the result of showing the revenues of ATREM S.A. for the period from May 9 to December 31, 2019. We present the company's Management Board's letter to the Shareholders, published together with the financial statements.

We present to you the individual and consolidated statements of the Immobile S.A.Capital Group. for 2019.

Writing last year's letter of the Management Board, we were in the course of a call for shares of ATREM S.A. As you know, the call was successful and we took over the company, thus expanding our Group to include services for the gas and electricity industries. Immediately after the acquisition, we began the restructuring process. Significant job cuts, merger of the subsidiary CONTRAST Sp. z o.o. with ATREM S.A., a change in the pricing model of submitted bids, or a change in the business model are just some of those carried out by the new Management Board of ATREM S.A. changes that we believe will lead to an improvement in this company's results.

Unfortunately, not everything was happening as expected. The biggest surprise was the low margins on ongoing contracts, which significantly negatively affected the Company's result for 2019. We took over the company in a dramatic financial situation, which was not visible in its financial statements, to which we had access.

Today ATREM S.A. cash is doing well. Despite many negative surprises, we are sure that ATREM S.A. is already on the right track to improving results, which we expect this year.

CDI Konsultanci Budowlani Sp. z o.o. together with a group of its subsidiaries did not significantly affect the consolidated result of the IMMOBILE S.A.Group. This is a consequence of the deadlines for the completion of ongoing investments. Soon, the handover of flats from the first stage of the University Housing Estate will begin, where almost all flats are sold, and maybe this year some of the flats from the second stage of Platanowy Park will be handed over.

As you well know, recognition of revenues from the sale of flats has historically had a significant impact on both the revenues and the consolidated result of the Group. Therefore, we have a longer period ahead of us in which we will recognize revenues in this segment. The CDI segment plans to launch a third investment in Bydgoszcz, which will allow us to rhythmically generate annual revenues.

FOCUS Hotels S.A. as always, he did not disappoint us! The increase in revenues in the Company, of course, contributed to the increase in revenues in the entire hotel segment. The conclusion of a contract for a new hotel in Szczecin, or the ongoing construction of a new facility in Bydgoszcz are just some of the positive actions in the hotel segment.

Of course, the current situation is not favorable for hotel industry, while the business model in which we operate has proved to be good and has allowed us to significantly reduce costs. Together with the Management Board of FOCUS Hotels S.A. we are working on taking advantage of the opportunities that the current situation gives uson the hotel market.

As you know from current reports, in January this year we sold the Faktoria retail park, which sale had a huge negative impact on last year's result. We made this decision anticipating what the panic we saw in the Chinese market would bring. We were guided by this decision to convert this asset into cash, which unfortunately happened at the expense of the result. We encourage you to evaluate this decision in retrospect. Low debt on this property allowed us to generate over PLN 12 million in surplus.

Of course, we intend to spend cash on development, which you will probably see in the future.

The previous year was for PROJPRZEM MAKRUM S.A. a year of intensive development on foreign markets, where the Company has not been very active so far with its most important products of transhipment systems.

PROJPRZEM MAKRUM S.A. expands the plant in Koronowo, which will allow doubling production in the near future. The investment in both the construction of distribution channels and the factory coincides with the growing role of online sales due to the current situation, which requires the continuous development of the logistics base of online sales companies.

The sale of parking lots under the Modulo brand is developing satisfactorily.

Last year, however, was not good for PROJPRZEM Budownictwo Sp. z o.o. Despite the opening of an office in Wrocław, the company failed to safely increase its revenue to a level that would allow it to satisfactorily handle the increased costs. This year we are sure thatit will be different.

If you are wondering why we are not writing about coronavirus in every second sentence, we are rushing to explain.

If you are wondering why we are not writing about coronavirus in every second sentence, we are rushing to explain.Both we and you have read about coronavirus probably too much. The decisions of the Polish Government and other European governments have basically influenced us only in hotels. To further emphasize our opinion, we would like to emphasize that responsibility for low occupancy in hotels is the result of a decision by the Polish Government, and not as we misunderstand a coronavirus in public space.

We would like to greet everyone who has been telling us for the last 10 years that building a conglomerate of companies from various industries does not make sense, because it makes us an illegible public company. Our conglomerate is doing well and we are still convinced that companies from different industries fit together wonderfully in times of crisis. You probably know our opinion on all kinds of subsidies, subsidies or any "helpers" for companies. We are invariably against the destructive function of such money. Despite this general position as FOCUS Hotels S.A. we asked for compensation wrongly by the Government called "aid". The possible receipt of "help" / compensation will most likely not result in the abandonment of our consideration of those responsible for decisions to close hotels with a claim for damages. We treat the perpetrator's "help" on his terms as acting with particular cruelty. As Ronald Reagan used to say: The nine most terrifying words in English are "I'm a member of the government and I'm coming here to help you."

The Polish stock market has been struggling for years. Of course, what is happening today also affects her. Listening to the expectations of some of your publications published in the media, we wonder if we as the Management Board will ever be able to meet these expectations.

For years, we've been focusing on increasing the Company's value. It is worth looking at our history today, e.g. in 2009, i.e. 10 years ago, our revenues amounted to nearly PLN 64 million, with a gross loss of about PLN 1.5 million. In 2019, revenues amounted to nearly PLN 419 million, and despite the acquisition of ATREM and many other one-off events, our gross profit was at the level of PLN 4.6 million. We think that it is worth making a similar comparison on other elements of the report.

What has not changed significantly in 10 years? Capitalization. Remaining within the scope of obligations undertaken towards the Shareholders, we will continue to work on increasing the value of the Company hoping that this will translate into the valuation of shares.

Our goal for this year is to approach PLN 600m in consolidated revenues and hotel development. 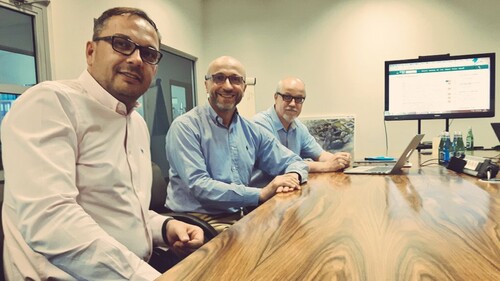 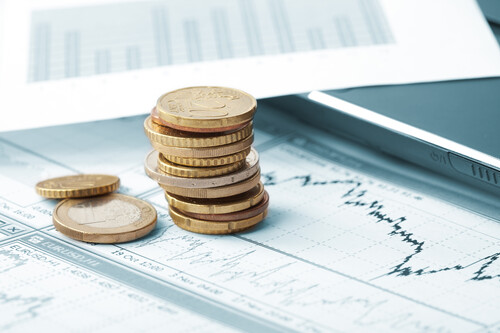 Purchase of own shares of the Grupa Kapitałowa IMMOBILE

Grupa Kapitałowa IMMOBILE has published a financial statement for 2019