On Friday 8 June the first, this year, Ordinary General Meeting of Grupa Kapitałowa IMMOBILE was held. Traditionally, we managed to gather excellent and numerous Shareholders who made a decision key to the company, including a decision on payout of the third in a row dividend.

The General Meeting of Shareholders, convened on Friday 08 June 2018, started before 11:00AM with registration of participants. It was attended by more than 50 shareholders entitled to vote and over a dozen guests who wanted to get to know the company better. We hope that on a subsequent occasion they will increase the active group of our Shareholders.

The meeting began with an official part during which Shareholders, in an assembly presided over by chairperson of the Supervisory Board, Piotr Kamiński, started to vote on draft resolutions. As a result of them, for example, the company’s statement for 2017 was approved, the fulfilment of duties of the management board and supervisory board members was acknowledged and payout of the third in a row dividend was passed in the amount of PLN 0.07 per share i.e. in the total amount of PLN 5,275,405.24. 7 September 2018 is the date of acquiring the right to the dividend, and its payout date was set on 21 September 2018.

After closure of the General Meeting, President of the Management Board Rafał Jerzy welcomed guests and presented the Group’s activities and the most important consolidated and non-consolidated financial results, achieved by the company in the past year and results for the 1st quarter of 2018 published recently. After the presentation, a discussion was carried out during which gathered guests asked questions answered by President Jerzy and representatives of management boards of companies belonging to Grupa Kapitałowa IMMOBILE. It was continued within backroom talks during common dinner.

We would like to thank everyone for involvement and such numerous participation in the General Meeting of Shareholders of Grupa Kapitałowa IMMOBILE S.A. We are glad that at each subsequent meeting we manage to get together in the increasingly numerous group. Such meetings are definitely the best form of mutual contact. We invite all shareholders who could not meet us this time to become familiarised with the resolutions passed. First of all, however, we encourage you to take part in next General Meetings of Shareholders of Grupa Kapitałowa IMMOBILE S.A.
Tagi:
Grupa Kapitalowa IMMOBILE 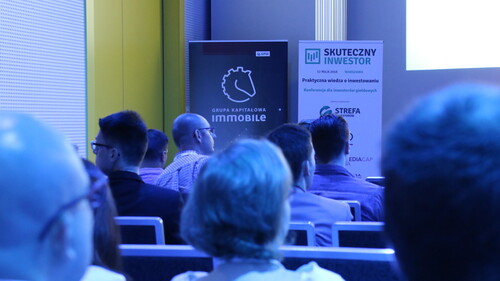 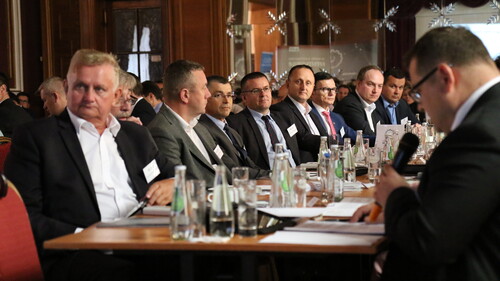