The most important events of 2019 in the Grupa Kapitałowa IMMOBILE
Data publikacji: 23.01.2020

January is always a summary month. In preparation for the publication of the financial statements for 2019, which we will make shortly, we can now summarize the most important events of the past twelve months. It was certainly another successful year for the Grupa Kapitałowa IMMOBILE S.A.

One of the highlights of the past twelve months is the payment of dividends. Grupa Kapitałowa IMMOBILE has shared its profits with Shareholders for the fourth year in a row, once again increasing the dividend yield. It totaled PLN 6,029,034.56, i.e. PLN 0.08 per share.

In addition to the dividend, the call for sale of Atrem S.A. shares deserves attention, which is the result of implementing the Group's development strategy through acquisitions. Grupa Kapitałowa IMMOBILE S.A., experienced in stock market acquisitions, strengthened the industrial construction segment by acquiring 6,091,852 shares in Atrem - including 4,655,600 registered shares, which lost as a result of the acquisition and 1,436,252 ordinary bearer shares, which corresponds to 66% of the total votes General Meeting of the Company.

In 2019, the industrial sector was doing well despite the unfavorable market environment in Europe and in the world. Both docking solutions and parking systems recorded an increase in revenues y / y, and the Group, continuing the activities in the scope of optimization of production processes at the plant in Koronowo, began the modernization and extension. Completion of work is planned for mid-2020 and will allow shortening production time and increasing production capacity.

The Group's hotel operations did not lag behind - in 2019 a new hotel was opened in Lublin. It quickly adapted to the new market environment, collecting successful guest reviews. Focus Premium Sopot and Focus Poznań operated for the first full year within the chain. Two lease contracts were also signed for the hotel in Stargard and the second hotel in Szczecin. Reconstruction of one of the Group's real estate into another hotel in Bydgoszcz has also begun. The opening of the facility in Bydgoszcz and in addition in Szczecin in 2020 will expand the Focus Hotels network to 13 hotels and will allow to dynamically exceed the number of 1000 rooms.

The Group's development segment in 2019 focused mainly on the planned course of implementation of ongoing investments. Construction works on both currently implemented housing estates have been completed. Finishing works were started both in the second stage of the Platanowy Park and the first stage of the Osiedle Uniwersyteckie. At the same time, were carried out the fit-out in our office and service investment - IMMOBILE K3, located in the heart of Bydgoszcz. Not far, on the other side of the Brda, our construction team was also supervising the reconstruction of the aforementioned property into a hotel facility. At the same time, preparations were underway for the start of the next construction of a housing estate at Czarna Droga Street in Bydgoszcz, which should significantly reduce the cyclical effect in the future of housing delivery by the developer segment.

This year, we met twice with the most active representatives of our shareholding - during the June and December GSM, each time enjoying a large turnout. We took part and co-organized many initiatives in the field of investor relations (chats, conferences, video presentations, result meetings) and we were always happy to answer the questions of investors and people interested in our company. Another year in a row, the open communication policy was our distinguishing feature on the Polish capital market.

The relocation of the company's headquarters to the IMMOBILE K3 office building in 2019 is another step in the dynamic development of the Grupa Kapitałowa IMMOBILE. Formerly located branches of the Group companies scattered around Bydgoszcz, now they are located in a common location to use the synergies connecting them even more effectively.

We enter the New Year with excitement, seeing in it the further development potential of all companies of the Grupa Kapitałowa IMMOBILE. Thank you for being with us and we wish you many successes and successful investment choices. 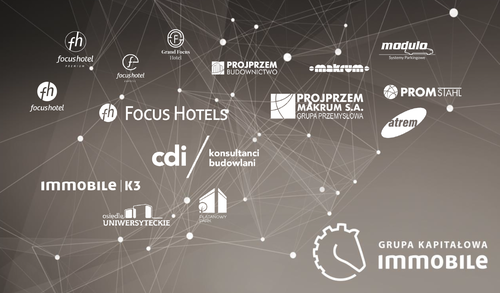 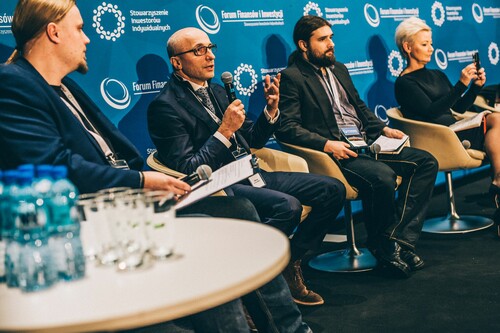 Grupa Kapitałowa IMMOBILE at the Forum Finansów i Inwestycji in Warsaw