Grupa Kapitałowa IMMOBILE at the Forum Finansów i Inwestycji in Warsaw
Data publikacji: 15.01.2020

On January 10-11, Grupa Kapitałowa IMMOBILE had the pleasure to participate in the Forum Finansów i Inwestycji organized by the Stowarzyszenie Inwestorów Indywidualnych. The event took place at the National Stadium, where for two days over 3000 participants appeared, who had the opportunity to talk at the stand of the Group with its representatives. Among the representatives of the Grupa Kapitałowa IMMOBILE, there was also President Rafał Jerzy, who additionally participated in two discussion panels held during the Forum. We invite you to familiarize yourself with the photo report from the event.

On the first day of the Forum Finansów i Inwestycji, the President was invited to participate in a discussion panel called "Real estate market, buy now, or better wait with investment decisions?". The discussion was led by Michał Żuławiński from the Bankier.pl website, and next to President Rafał Jerzy, they settled down, dr Iwona Sroka, Murapol S.A. and Krzysztof Kolany, Bankier.pl. It is not surprising that during the bull market on the real estate market, this panel was one of the most crowded, and the President of the Grupa Kapitałowa IMMOBILE had the opportunity to present his many years of experience in this market to interested listeners.

We were positively surprised by the attendance at this panel, which clearly showed the interest and popularity of investing in real estate in Poland.

During the second day there was a discussion panel "Investments in condo - opportunities and threats. What to look for when investing in condo hotels? " Mrs. Agnieszka Zaręba from Comparic24TV was the host, and about the opportunities and threats talked Marlena Kosiura from InwestycjewKurortach.pl, Rafał Kincer from Marvipol Development S.A. and Rafał Jerzy, who throughout the discussion tried to persuade investors to thoroughly analyze and calculate this type of investment, trying to show many threats in the President's opinion. It was obvious that the position and the very preparation of the President greatly enlivened the panel, which the audience undoubtedly liked. Even after the end of the question session, after leaving the stage, the President was answering the audience's questions.

During this two-day event, we were able to have many valuable conversations, both for us and we hope for our interlocutors. After the discussion panels with the President's participation, a lot of people came to the stand, whose attention was caught by the experience and knowledge that Rafał Jerzy presented. We have tried to explain the principles of operation of individual sectors of the Grupa Kapitałowa IMMOBILE to each interested party and to show the added value that it brings to become a long-term shareholder of the Group. We are looking forward to the next such events.

Some of the photos presented in the entry are the property of the Association of Individual Investors - thank you for sharing! 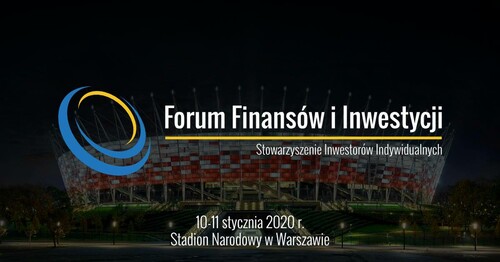 Grupa Kapitałowa IMMOBILE at the Finance and Investment Forum 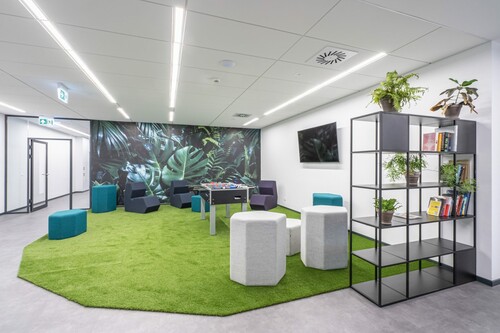